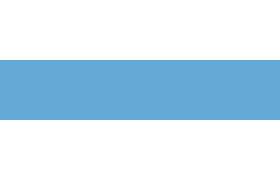 The flag of the Argentinian province of Tucamán consists of a horizontal triband of white, blue, and white. The colors are the same as that or the national flag of Argentina, which also uses a horizontal triband, but its colors are reversed compared to that of flag of Argentina. A similar flag was first used in 1812 during the Argentine War of Independence, but the current flag was officially adopted on April 13th, 2010.