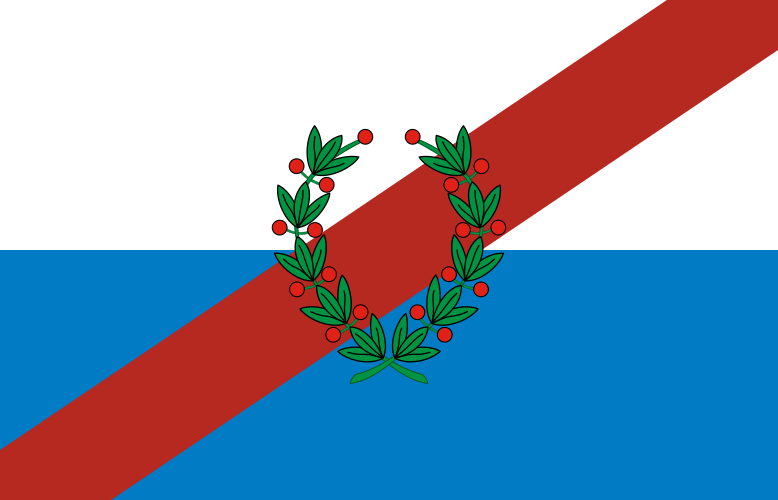 The flag of the Argentinian Province of La Rioja consists of two horizontal stripes of white and blue and a diagonal red band going from the bottom left to the top right. On the center of the flag there is a wreath of laurel with two branches, each branch containing five green leaves and nine red fruits. The 18 red fruits represent the 18 departments of the La Rioja province. This flag was adopted on August 14th, 1986.