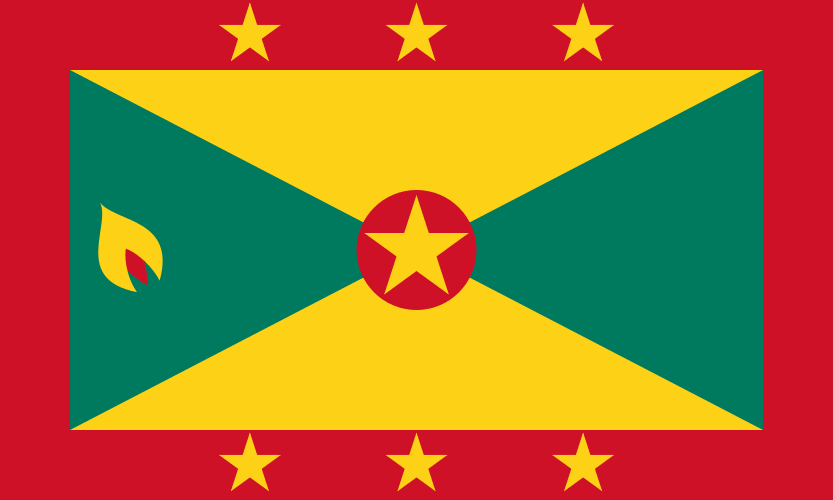 The flag of Grenada consists of four triangles of alternating green and gold surrounded by a thick red border. In the center is a gold star in a red circle, and along the border is six gold stars, three on the top and three on the bottom. Lastly, in the left-most triangle is a gold and red clove a nutmeg, a  common crop of Grenada. The six stars in the border represent the six parishes of Grenada. Red represents courage, gold represents wisdom, and green represents vegetation. This flag was adopted when the country gained its independence from the United Kingdom on February 7th, 1974.