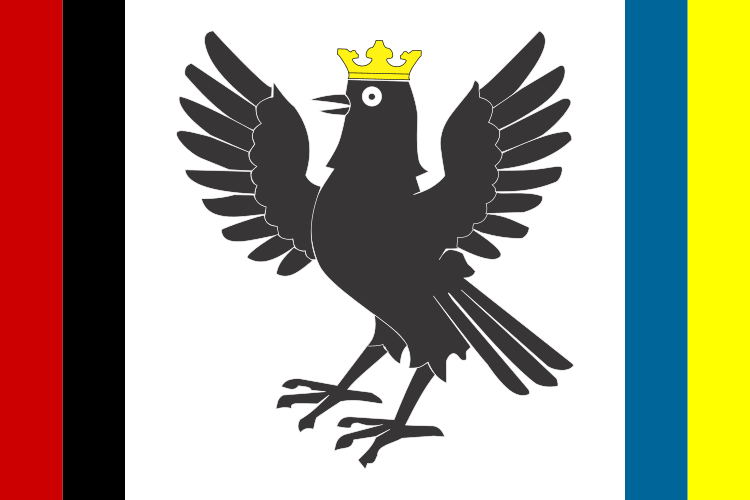 The flag of the Ukrainian Oblast of Ivano-Frankivsk consists of a black crow with raised wings and a golden crown on a white background. Along the side of the flag is four thin vertical bands, two on the left of red and black, and two on the right of blue and yellow. The red and black bands represent the struggle for freedom while blue and yellow are the colors of the Ukraine. This flag was adopted on July 26th, 2001.