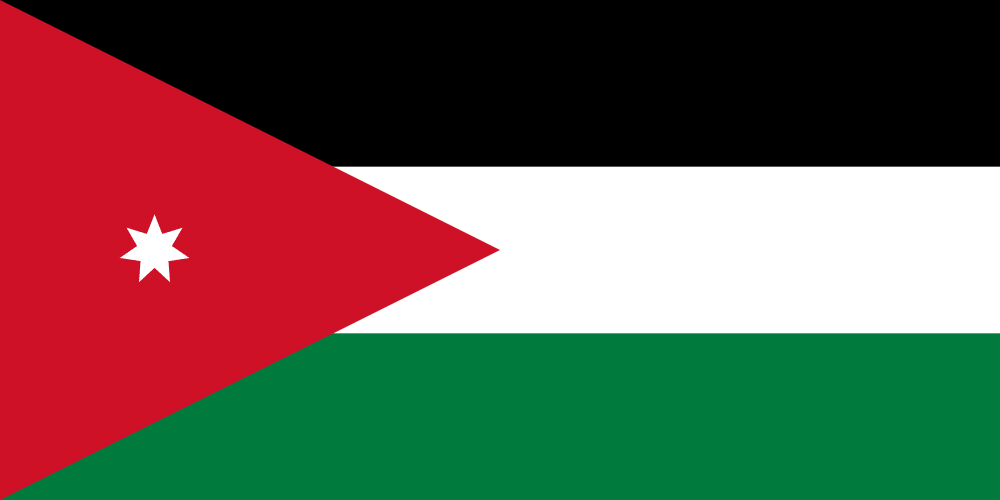 The flag of Jordan consists of a horizontal triband of black, white, and green, with a red chevron and white seven-point star. This flag is based on the flag of the Arab Revolt against the Ottoman Empire during World War I, which is the same except for the star. The star represents the unity of the Arab people, and the seven points represent the seven hills on which the capital of Jordan, Amman, was built on. This flag was adopted on April 18th, 1928.