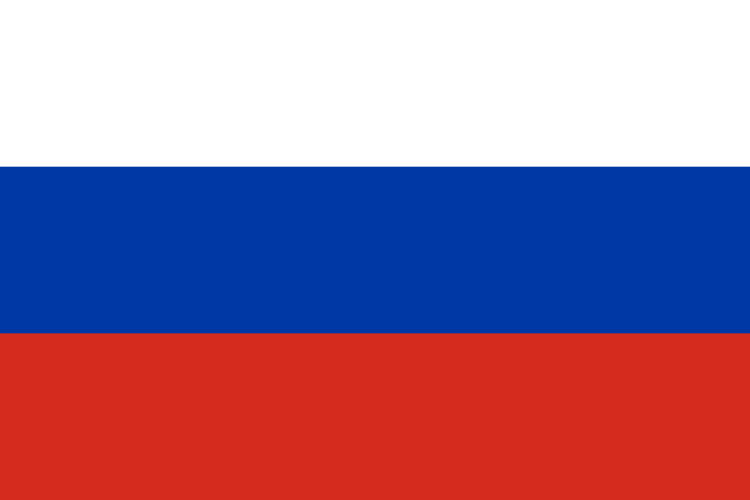 The flag of Russia consists of a horizontal triband of white, blue, and red. A few accounts of the flag’s origin indicate that the colors come from the flag of Netherlands. There are varying interpretations of the meaning of the colors, but the following is the most popular today: white represents nobility and frankness, blue represents faithfulness and honesty, and red represents courage. This flag was originally adopted on May 11th, 1696 and re-adopted on December 11th, 1993.