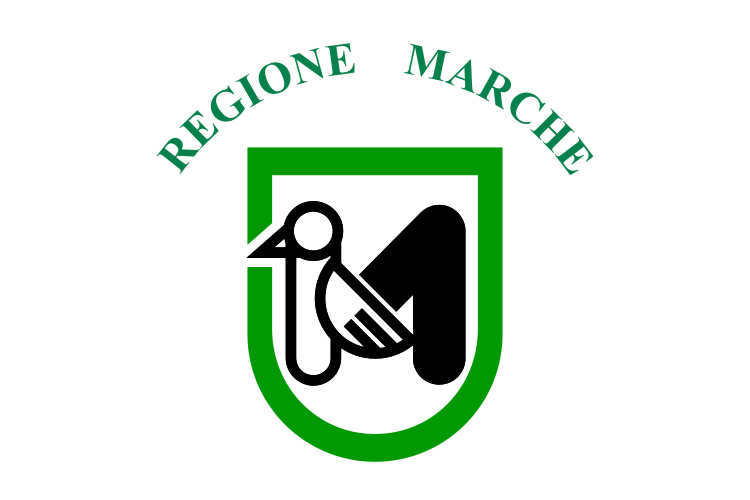 The flag of the Italian region of Mache consists of a stylized woodpecker merged with the capital letter M on a green bordered white shield on a white background. The woodpecker is a symbol associated with the Picentes, a group of people who lived in this region while it was under Roman control in the 3rd century BC. This flag was adopted on November 4th, 1995.