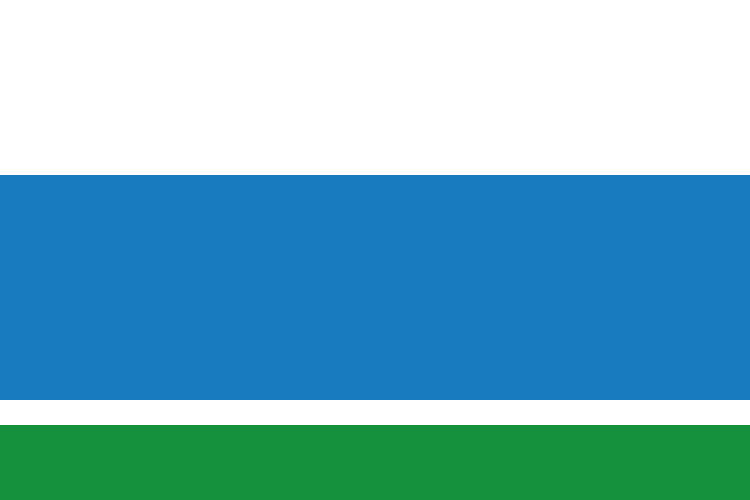 The flag of the Russian Oblast of Sverdlovsk consists of four horizontal stripes of inconsistent height of white, blue, white, and green from top to bottom. Compared to the entire height of the flag, the first white stripe is 7/20th, the blue stripe is 9/20th, the second white stripe is 1/20th, and the green stripes is 3/20th. White represents purity, blue represents honor, and green represents freedom. This flag was adopted on April 12th, 2005.