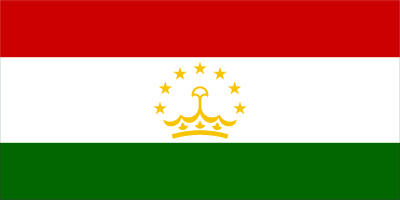 The flag of Tajikistan consists of three horizontal bands of red, white, and green with a golden crown and an arc of seven five-pointed stars centered in the white band. Red represents unity and victory, white represents purity and morality, and green represents nature and Islam. The crown represents the people of the country, and seven stars are used due to the significance of the number seven in legends. This flag was adopted on November 24th, 1992.