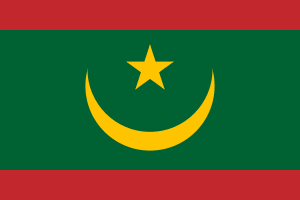 On August 5th, 2017, the country of Mauritania voted to modify their flag via referendum. The yellow crescent and green background remained, but added was two stripes of red, one on top and one on the bottom. The crescent, star, and green continue to represent Islam, and newly added red stripes represent the blood of those who sacrificed themselves for the country. The original flag was used from April 1st, 1959, until earlier this year. We have updated this flag in our game, Flagsplosion, now available on Steam and Google Play!