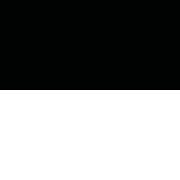 The flag of the Swiss canton of Fribourg consists of two horizontal bands of black and white. The theory of how this flag came to be goes as follows: The founder of the city, one Duke Berchtold IV of Zahringia, had spent a night in a charcoal burner’s shed. He took his bed on two bags, one of charcoal and one of flour, and in the morning his garments were soiled with black and white. The earliest documented evidence of this flag is 1410.