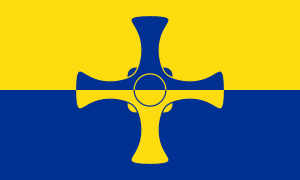 The flag of the English region of County Durham consists of the Cross of St Cuthbert horizontally counterchanged on blue and yellow. This flag was created by James Moffat, having won in a contest, and was adopted on November 21st, 2013. The colors of yellow and blue have been traditional colors of the region, having been the colors of the unofficial banner and coat of arms, as well as the favorite colors of Moffat’s two twin daughters. The Cross of St Cuthbert represents St Cuthbert’s contribution to the region, as well as being one of the first gifts Moffat’s daughter’s gave to him in 2002. This flag is widely recognized as one the top 3 county flags of the the whole of Britain. 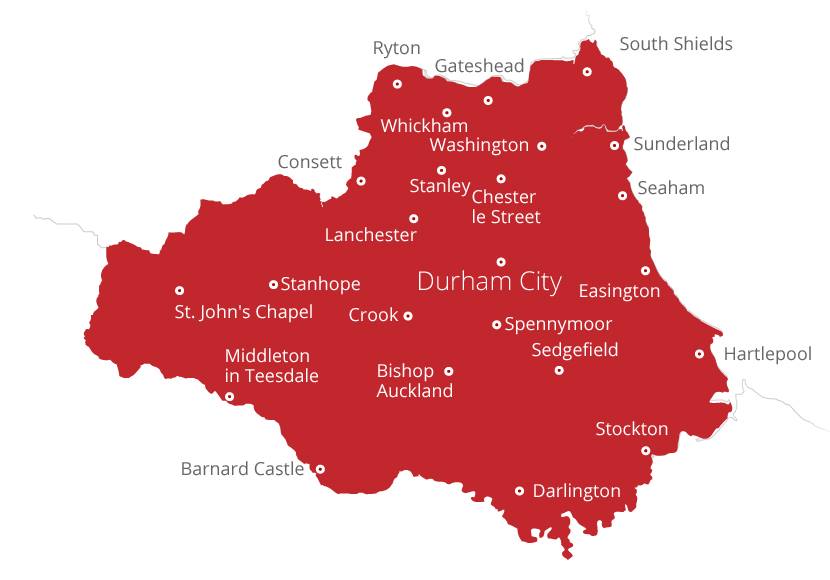