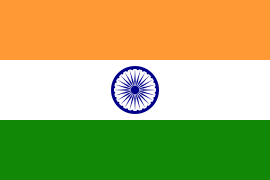 The Indian flag consist of a horizontal triband of saffron, white, and green, with a navy blue wheel in the center. Saffron represents courage and selflessness, white represents purity and peace, and green represents faith, fertility, and prosperity. The navy blue wheel has 24 spokes and represents the eternal wheel of law, called the Ashoka Chakra. Official Indian flags are to be made by a special hand-spun cloth called khadi. This flag was adopted on July 22nd, 1947, and was designed by Pingail Venkayya. 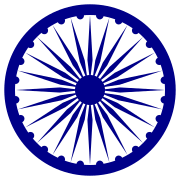